Credit Daniel Robison / WBFO
A ship of scientists and students will study plastic waste in Lakes Huron, Superior and Erie this summer. The voyage will be led by Sherri Mason [above], a SUNY Fredonia professor. 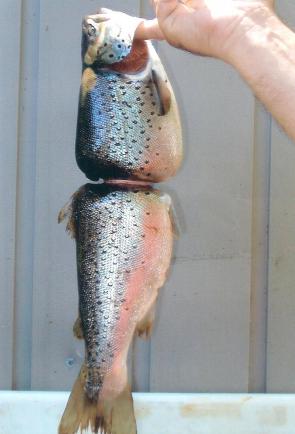 Until now, scientists could only guess at the amount of plastic waste in the Great Lakes.

This week, a team of researchers sets sail to conduct the first-ever survey of plastic pollution in the world’s largest fresh water system.

“You really have to start with, ‘Is this even an issue in the Great Lakes? [With] 35 million people living around the Great Lakes, all the plastic you see blowing around, common sense is that it’s out there,” says Sherri “Sam” Mason, professor within SUNY Fredonia’s Department of Chemistry and Biochemistry.

As Mason walks along the shore of Lake Erie a few days before the voyage begins, she can’t help picking up litter lodged in the sand: empty bottles, a discarded bag of Funyuns, and cigarette butts, which are, surprisingly, plastic.

“[Cigarette butts] are the most ubiquitous contaminants in the environment. Literally, the most,” Mason says.

Fish and birds often confuse pieces of plastic for food and some are physically deformed by errant waste. And research suggests plastics could have a toxic effect on marine ecosystems.

Scientists are also unable to pinpoint how long plastics need to decompose. The material has only existed for 50-60 years and has only been broken down in simulations and lab tests.

“Every piece of plastic that we’ve ever manufactured is still here, somewhere on the planet. Only about 50 percent of plastic ends up in the landfill,” Mason says.

The Environmental Protection Agency estimates only eight percent of plastic in the U.S. is recycled. Because the material is mostly treated as disposable, plastic items often land in sewers and rivers that eventually flow into the Great Lakes.

Scientists will receive assistance from 20 undergraduate students during the three week voyage. Together, the team will study and quantify plastic pollution on lake surfaces and floors. The boat is equipped with nets and other tools that scoop samples from the murky below.

Researchers will also dock and comb beaches. Like sand, plastics are whittled down by friction and weather into small pieces known as “nurdles.”

"When you realize how small plastic can be, students will literally spend an hour or two just on one meter of sand picking out all these microplastic pieces," says Mason. "I’m like, ‘That’s a nurdle.’ Students are like, ‘Really? That’s plastic?’ They have no idea."

Sailing across Lakes Superior, Huron and Erie, the team will be huddled together on the Flagship Niagara, a wooden ship that's replica vessel from the War of 1812.

The boat offers few modern amenities, but passengers can shower – with lake water.

“There gets to be a point where if we smell, then we all smell. It’s one of the things that bonds us together as a crew,” she quips.

“We will become the literature”

The scientists and students will continue working together after returning to harbor, writing articles to be published in academic journals over the next year. A traveling exhibit illustrating the issue is also planned for next summer.

Because water from Lakes Huron, Michigan and Superior flow into Erie, Mason theorizes the lake could have the highest concentration of plastic pollution. But it also the shallowest, meaning pollution could flow through to Lake Ontario quickly - by way of a trip over Niagara Falls, of course.

Still, this question and others remain unanswered because of the lack of previous plastic waste studies in the Great Lakes. Mason admits this first-ever survey is limited and will carry sizable margins of error. Further exploration will include all five lakes and collect enough data to make a definitive diagnosis of the plastic pollution problem, says Mason.

But first, this summer’s investigation gives scientists a place to start.

“The reality is you have to have something published in a peer-reviewed journal before anyone kind of believes it and takes it on,” Mason says. “We will become the literature.”

Posted by Indigenous Peoples Literature at 6:14 AM